I thought I’d take a break from the heavy topics and talk about something that I’ve been pouring myself into as of late: 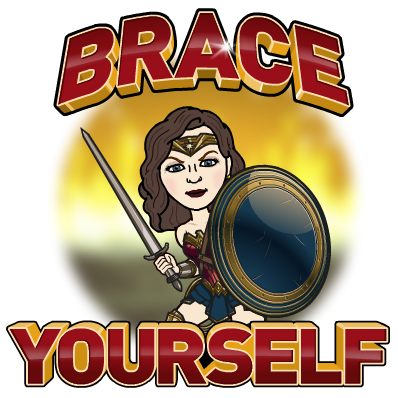 I am a new roller derby skater. In other words I am: 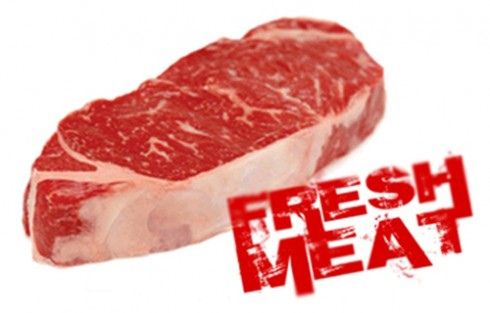 What’s FRESH MEAT, you ask? This Meme explains it all: 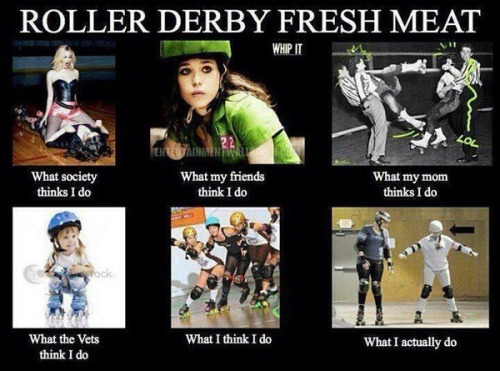 There is not enough blogging going on about Fresh Meat, in my opinion. I hope my experience will inspire others who are interested in derby or just starting the sport as I am.

I first tried out for roller derby in January. I hadn’t exercised in several months prior. In fact, mostly for the past 10 years (since I had children) I’d been pretty sedentary. Well, 3 months out of each year I’d go full-on but the rest of the year I did diddly squat. So at tryouts during the two hours of drills I pulled my hip flexors. A week later I could still barely stand, much less skate. I lasted all of five minutes on the track until I collapsed. They say that all you need to start roller derby is to know how to skate. WRONG. I knew how to skate. In reality, you need a pretty decent level of fitness so you don’t injury yourself to start out with. 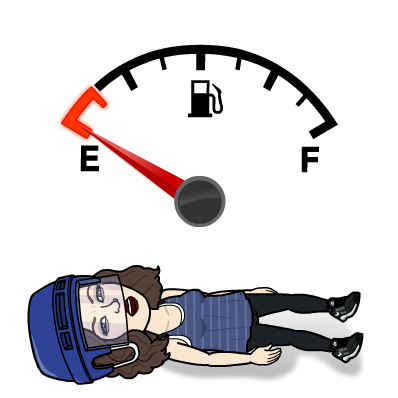 I quit and took 5 months off, at first doing very little exercise and skipped the next tryouts, held in April. Then in June I started skating at the local skating rink. I worked my way up to being able to skate for 3 hours at a time. Then a month later I bought skates: 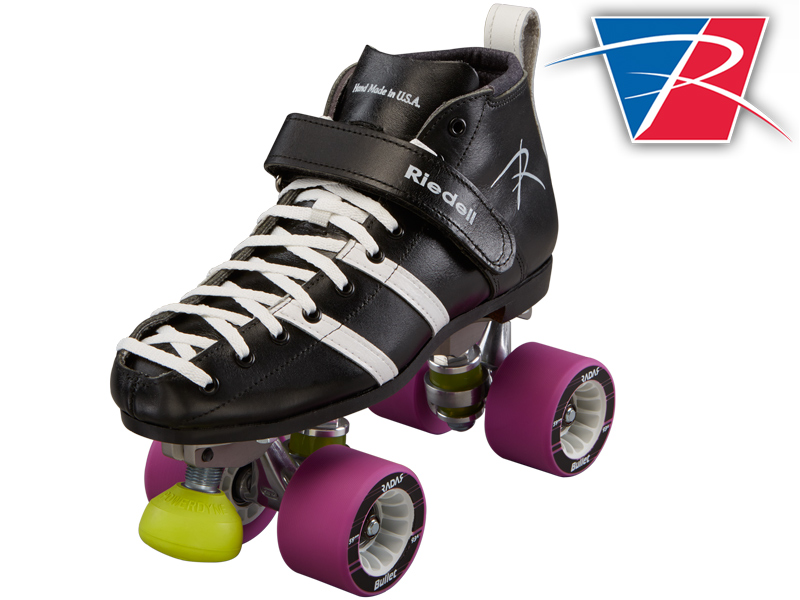 These skates except with purple wheels!

These were freakin expensive. Nearly $400!!! I had saved up for them since January tryouts because I knew if all I could think about was roller derby it was something I’d stick with, at least for a while. These skates are usually about $500 but I got a $100 discount because I bought them in the smallest size: 3 1/2. Many speed skates are sized 1 1/2 to 2 sizes down for women.

It was so exciting getting my new skates. I took them out of the box and they were the most beautiful things I had ever seen. I wore them all the time. I worked my way up to be able to skate so fast I was even able to keep up with the jam skaters at the local rink when they whipped around the track jam skating (dancing on skates while doing fancy footwork)!

In the two months before tryouts I obsessively watched YouTube videos, learning what exercises I needed to do to build up my hip flexors and how to skate better. I did a ton of walking lunges, which I previously hated because I had not been able to do before. I learned how to do a plow stop and a tstop and practiced these at the local rink. When I started working out 3 months ago I could only do a 30 second wall squat and a 45 second plank. Now I can do a 3 minute wall squat and almost a 2 minute plank. Progress!

A few months after I bought my skates I bought my gear: 187 elbow pads, elbow pads, and knee pads. I bought the Sisu mouthguard, Triple8 helmet, and Super Gumball toe stops later. The new pads were way too small and unfortunately I scuffed them practicing the first fall in my house. Thankfully, derbywarehouse was nice enough to give me an 80% discount for returning them. I ended up going with the Triple8 kneepads because in addition to pulling my hip flexors at that first tryout I had hurt my knees by wearing my knee pads upside down (OOPS!) and the Triple8’s covered more of my knee (my knees are fine now).

So, Tryouts were August 24th and I’ve been to 4 practices so far. I am by far the oldest (35) and fattest (like 30lbs overweight now due partially to my bipolar med and partially because I’m stress-eating) however when I’m on the track I don’t care. As someone who once struggled with anorexia-light (as I like to call it) this is thrilling to me!

Like, I feel like a total athlete. If only my ankles would cooperate. Every 10 minutes of skating my ankles and shins feel like they are on fire so I have to take a break so they stop cramping up! Part of that is due to the several times of lacing my skates way too tight (I think my skate boots might actually be a half size too big!) and part of it is due to weak ankles.Just like my hip flexors they need some training. Theese skates are freakin’ heavy and my lower legs aren’t used to that!

I’ll write more later about specific skills that I’m learning. I have 8 more weeks until assessments to see if I can make the team. I’m a bit nervous and actually hope I don’t make it until I get into waaaaay better shape, especially with my ankles being the way they are.
For now I’ll leave you with some of my favorite skating gifs for you to enjoy:

From the movie Whip It:

From That 70s Show here’s Eric:

Oh YEAH. I’d love to be able to do this:

From Malcolm in the Middle here’s Hal. I love this routine. He’s so graceful and sassy:

Love me some Gwen Stefani. This is from her video Make Me Like You:

And my very favorite ::giggle::

Hi! I go by "Quixie" My nickname comes from the term I began using to describe myself when I began blogging 5 years ago: "quixotic," meaning "exceedingly idealistic; unrealistic and impractical." It's how I described my evangelical Christian faith at the time. Now I'm an agnostic atheist who is trying to find a balance between idealism and reality.

I Want To Quit